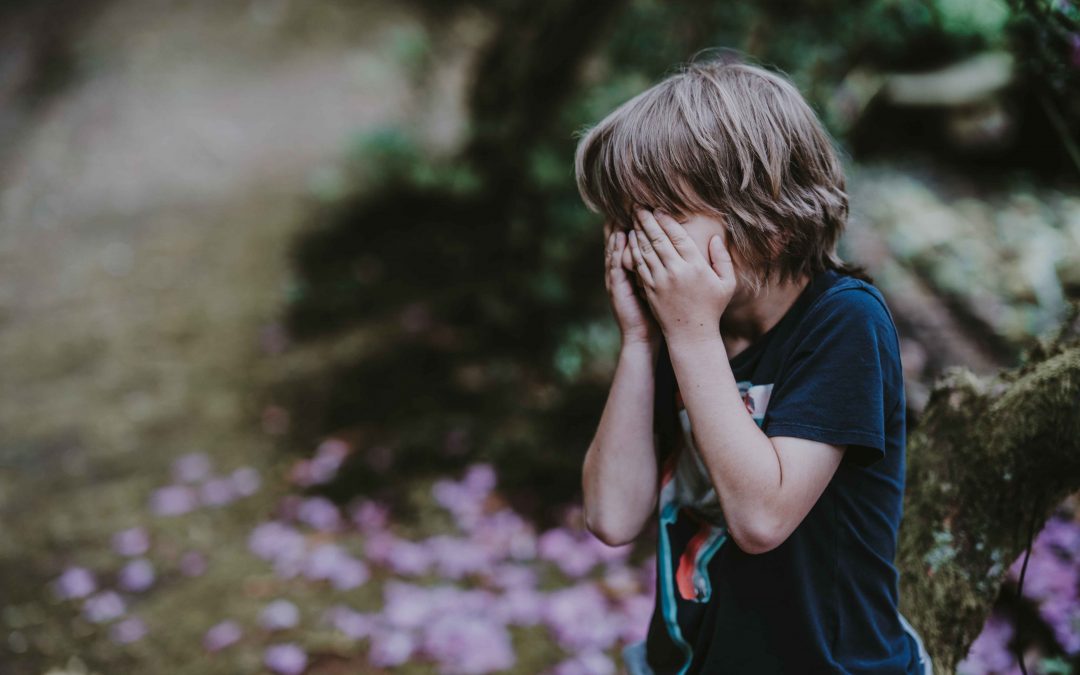 In a recent episode of the popular podcast, This American Life, I heard a story that caused me to reflect on the effects of unresolved childhood trauma and how it manifests in adulthood.

The featured guest told the story of how she was separated from her parents at a very young age, as they immigrated to the United States from Guatemala, leaving her behind with her grandmother. This difficult decision was made by her mother, who did not want her young daughter to endure the uncertainty and hardship that came with such a big transition. Though she eventually joined her family in the United States a few years later when things were more stable, the psychological effects of the separation followed her for the rest of her life.

When she arrived in the United States, she began feeling pressured to be on her best behavior at all times, for fear that she would be sent back to Guatemala. Many years after her safe arrival, she still had the constant fear of deportation, even as a naturalized adult. Decades later, when she became a mother, she started having nightmares about her son being taken away from her. She began instilling fear into her son about their possible separation, going as far as to install tracking devices so that she could be aware of his location at all times. In this way, she was reliving her childhood trauma, as well as passing it along to her son.

How is it possible for an event from early childhood to affect an adult decades after the fact? Why doesn’t time heal the wounds of childhood trauma?

Unless childhood trauma is properly addressed, its effects will be evident even years after the traumatic incident. Sometimes, a traumatic event may be suppressed for a long time, only to resurface when something triggers it in adulthood. When this happens, it can be difficult to connect the dots between a childhood incident and a ‘grown-up’ problem.

There are many different types of experiences that happen during childhood that can be considered traumatic. There are more obvious instances of traumatic events such as experiencing a natural disaster, major accident, physical or sexual violence or being separated from loved ones. But there are also smaller, seemingly “normal” aspects of our childhood that can have a traumatic effect. Sometimes, traumatic events are the result of deliberate and abusive actions of the adults in our lives. Other times, the adult caretakers in our lives did not mean us any harm and genuinely believed they were making the best decisions for us. Unfortunately, even the best of intentions does not negate the lasting effects of childhood trauma. We all experienced traumatic events as children to some extent, based on our unique family dynamic or physical environment. It’s important to remember that events that may be considered ‘minor’ can have a lasting effect well into adulthood. Here are some unexpected sources of childhood trauma and how they may impact you as an adult.

Moving a lot as a kid

Moving is a major and transformative life event for everyone, but it has an especially significant impact on children. Many studies have researched the long-term effects of repeated moves once children have reached adulthood. The research shows that the more times people moved as children, the more likely they will be to report lower life satisfaction and psychological wellbeing as adults. Researchers also found that those who moved frequently as children had more difficulties finding and maintaining healthy and satisfying relationships in adulthood.

Moving creates a sense of displacement and a feeling of a lack of stability in a child’s life. Just when they have adjusted and adapted to their environment, they are forced to readjust, re-adapt and find a new sense of balance in their new home. With a new school comes the challenges of being “the new kid” such as being bullied, feeling left out and having difficulty making friends. When moves are quite frequent (as often happens with military families) children may feel discouraged from making friends at all, seeing it as a futile endeavor when they may soon be leaving again.

There is quite a bit of research on the long-term effects of moving around a lot as a child, with many studies concluding that it may lead to increased risk of depression, self-harm and substance abuse in adulthood. There is also the likelihood of challenges in maintaining relationships and jobs. Because you are so accustomed to being forced to leave, you may be inclined to quickly “cut off” romantic and platonic partners and may have challenges with keeping a job long term. Longevity and settling down may feel uncomfortable for you because of the lack of stability in your childhood.

Growing up in an Environment of Poverty or Scarcity

It comes as no surprise that children living in poorer households face unique and complex challenges not faced by children in more financially abundant homes. Trauma can be experienced by witnessing an actual or perceived threat to our safety or wellbeing and this is triggered in many ways while growing up in poverty. An inability to access food, clothing or shelter on a consistent basis threatens a child’s sense of safety and stability. Poverty can also bring on feelings of guilt, shame or fear as it relates to money and these feelings can follow you well into adulthood.

For many adults who were raised in an environment of poverty, the mindset of scarcity follows them for life. Even after attaining wealth or stability in adulthood, you may still operate from a place of lack. There may be the constant fear that you are going to “lose it all” and end up back in an impoverished situation. This can lead to hoarding of resources and an inability to enjoy the fruits of your labour. A lack of financial education in childhood may lead to poor financial planning or decision-making in adulthood, thus perpetuating the cycle of poverty.

Though a parent may be physically present and make provisions for a child’s physical needs, they may be emotionally absent or unavailable. Most often, they themselves had emotionally absent parents and simply never learned how to offer emotional support to anyone, including their own children. Other times, parents may have demanding jobs or other obligations that do not allow them to be emotionally present in the lives of their children.

Emotionally absent parents are reluctant to display intimacy and may have challenges showing physical or verbal affection to their children. Because of their own inability to handle their emotions, they are unable to guide their children in managing their emotional wellbeing. These parents will often encourage children to suppress emotions instead of addressing them in a healthy way.

Adult children of emotionally absent parents often grow up to repeat the patterns and behaviors of their parents. They may have difficulties in romantic relationships or friendships due to their inability to be vulnerable and affectionate. In turn, they may seek out partners who are emotionally unavailable, leaving them dissatisfied as they yearn for connection and intimacy. It may be difficult to cope with the emotionally demanding realities of adulthood, leading to a reliance on unhealthy coping mechanisms such as alcohol, drugs or impulsive shopping.

Healing from Childhood Trauma Through Therapy

To some extent, we are all dealing with the aftermath of childhood trauma in one way or another. Though none of it is your fault, the responsibility of healing from your trauma rests only with you. By working with a therapist, you will have expert guidance and support as you process difficult moments from your past. Though this can be a daunting prospect, it is one of the most fulfilling things you can do for yourself. To take the first step, schedule a free consult to get matched with a therapist who meets your needs.